{day seventeen} on the joyful imperfections of daily life...

We all have them. Whether we care to admit it or not.

I will be the first to admit that I am one big, hot mess of imperfections and flaws and mistakes and mishaps.

And I am so grateful for my imperfections.

Today, I had the idyllic notion that we would enjoy Breakfast with Santa in support of McLeod Children's Hospital. I had it all planned out. I would dress Harper up in a pretty Christmas dress with a big bow, we would feast on a delicious pancake breakfast while enjoying story time with Mrs. Claus, where we would end the morning with a cute little picture of Harper and Santa.

I broke a sweat wrangling her into tights and her dress. She insisted on yanking her bow from her hair before we ever made it to the car. And she managed to swat at me more times than I care to recount.

We are going to have a tremendous time. I can just feel it.

She managed to pitch a fit because I would not give her a cookie with her breakfast. She spit her fruit out and persistently kept trying to stand up and crawl on the table. And she inconspicuously ate crayons all before the pancakes were served.

We are having a magical time.

After breakfast, we waited in line with our group for the much-awaited picture with Santa. As I was juggling her on one hip, her diaper bag and my quickly-getting-cold, barely-sipped, much-needed cup of grace {also known as coffee}, Harper shouted 'Down!' She went limp as a noodle and wiggled herself down my leg.

It was here where she immediately shoved the precious little girl waiting in front of us. A quick discipline chat with my toddler led to a sincere-ish apology and a hug. Then, my girl hugged the assaulted little girl {and her older brother} over and over and over again. And then over and over and over once again. The parents just smiled thin-lipped and hurriedly dashed into the Santa studio, no doubt relieved, when their turn was called.

We were next in line. I'm fairly certain they were thrilled about this fact. Their 'smiles' proved this point.

Upon our entrance to Santa's studio, Harper had no problem announcing her disapproval of the bearded gent in the red suit. In fact, I'm guessing all the other guests heard her disapproval. Having your toddler throw a tantrum in front of Santa, who is checking his list and checking it twice, can cause mamas to smile a little larger than normal in the hopes that he will not notice the sweat beading on our foreheads and the crimson color of our cheeks, and instead think that we really are nice.

After this joyous experience, we were escorted to another room to wait for our precious picture. The children were invited to write a letter to Santa and place it in the mailbox to the North Pole.

Score. This is right up my girl's alley. She loves to 'cuhwur.'

She hand-crafted an adorable letter to Santa and safely secured it in the mailbox.

Now, this is when she decided she was hungry and ate more crayons. And you will never guess who watched in amazement.

The overly-hugged children and their gracious parents.

Next up on this fun-filled morning...story time with Mrs. Claus.

At first it was shaping up to be a cozy and sweet little moment. But then it turned to something a little less than that. Harper flailed around on the floor like a fish out of water and oscillated between wanting to sit with her Daddy or me.

It was not the least bit disturbing to all the other children who were hanging on Mrs. Claus' every word. Not in the least.

As we not-so-quietly excused ourselves, I discovered craft time was next on our agenda. As I spied the frame-thread-bead thingie, I quickly grabbed two cake pops and bolted towards the door.

We had too much excitement for one morning. I feared craft time would cause us to go into fun-overload.

Once my sweet angel was snoozing soundly in the back seat, I swallowed both cake pops whole. Whole.

I was searching for some energy. Or comfort. Or both.

When my girl arose from her nap and said 'Cake?', I replied, 'Cake? You want some animal crackers?'

Yep, this mama is awesome.

I spent the morning silently wishing my girl would act more perfectly so it would reflect that I was a mama who had it all together.

I'm anything but that.

As we were snuggling this afternoon, it occurred to me that it is during these less-than-stellar moments that I am most aware of God's abundant grace and mercy. And how desperately I need both. For it is through my weakness that His strength is magnified.

They can make us sweat and cause our faces to flush an amazing shade of red. But they can also cause us to lean more heavily on the One that lavishes us with grace and mercy.

It is because of Him that I can face tomorrow and all the mistakes, mishaps and imperfections that will be ushered in with the new day.

'But he said to me, “My grace is sufficient for you, for my power is made perfect in weakness.” Therefore I will boast all the more gladly of my weaknesses, so that the power of Christ may rest upon me.'
2 Corinthians 12:9

So, how imperfect was your day? On a scale of one to ten? I'd love to hear your story... 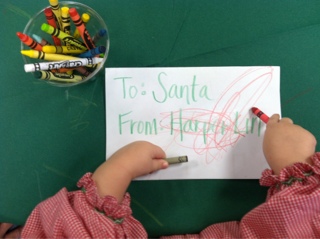 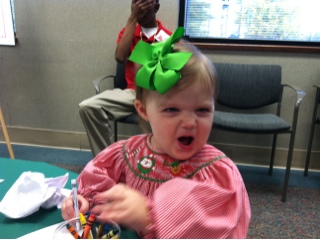 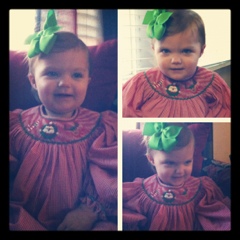 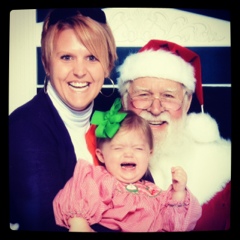