do you know what you believe?  and why you believe it?  do you share your belief with others?

do you view life as a game of cards?  with God on His throne dealing the hand to every person?

or do you believe in more than that?

i believe in God.  who created the heavens and the earth.  who crafted man from dust and breathed life into his lungs.  who took a rib from man, causing him to fall deep asleep, and hand-crafted woman.

i believe in a Father.  who sent His only Son.  to walk this earth fully man and yet fully God in the flesh.  a man who lived the only perfect life.  a man who was sent to die in my place.

i believe in a Savior who lavishly and wildly cares about His creation.  a Savior who longs for His glory to be revealed.  a Savior who chooses to work through my hands and feet to spread the good news of His magnificent Truth.

i believe in more than chance.

so why do we have suffering and sorrow?

honestly, because we are a fractured world.  longing in agony for the return of our Maker.

the same Jesus who calmed the sea and rebuked the winds is the same Jesus who wept.  Just like the pain of Mary and Martha over the loss of their brother Lazarus, Jesus feels our pain.  He carries it with Him.

for over thirty years, i have known a man who suffers.  silently, most days.  i have no clue whether he has ever asked God to take away his suffering.  i would imagine he has.

i have.  on numerous occasions.

so has my mama.  and my sister.  and many other beloved family and friends.

it isn't easy watching your diddy suffer.  but for most of my life, that is what i have done.  i have visited hospital rooms and waiting rooms.  paced hallways and cried out to God to take away this thorn in his flesh.

for so many years i was blind to what He was trying to reveal to me.

there is purpose in my diddy's suffering.  while we may never know the purpose this side of heaven, i do not doubt that His glory will be revealed.

on a cold, winter evening in december 1970, my mama put a gold band on my diddy's finger.  engraved inside the band was simply romans 8:28.

i cling to the promise she gave him almost 43 years ago.  this Truth is being whispered at every turn i make.  all things work for good.

yes, even his suffering.

paul writes this in 2 corinthians,

therefore, so that i would not become arrogant, a thorn in the flesh was given to me, a messenger of satan to trouble me—so that i would not become arrogant.  i asked the Lord three times about this, that it would depart from me.  but he said to me, “my grace is enough for you, for my power is made perfect in weakness.” so then, i will boast most gladly about my weaknesses, so that the power of Christ may reside in me.  therefore i am content with weaknesses, with insults, with troubles, with persecutions and difficulties for the sake of Christ, for whenever i am weak, then i am strong. {12:7-10}


what was this thorn in the flesh that brought so much suffering to paul?

perhaps it was a lisp or a crossed-eye.  or could it have been migraines or seizures.  or maybe he had a limp or a missing finger or limb.  or possibly it was a debilitating disease.

whatever it was, paul asked for God to take it away.  three times.  and three times his request was denied.

instead, God showed paul that His grace was abundantly more than enough.

often times, i get so hung up on my weaknesses and falsely believe than i could never serve God in a manner that would glorify the Kingdom.  it is in those moments that i believe a lie.

for it is only through His grace that am i able to boldly and confidently share my belief.

our weaknesses have a way of making us rely on God far more than our strengths do.

there is purpose and meaning in everything.  our suffering does not have to define our days.  rather, we can allow our suffering to draw closer to the One who can equip us in our weakness. 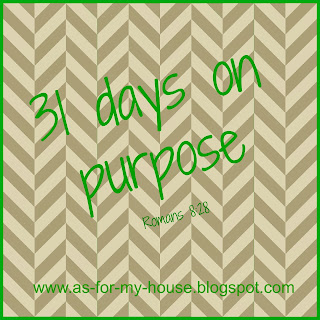