it's been a few days since the big game.


i think my heart has returned to normal pace.
and i can actually catch my breath now.

now i have had some time to make sense of all these feelings.
feelings that are hard to explain but course deep in my heart.

when she was applying for college her senior year in high school, the only thing she knew was she wanted to go somewhere other than her hometown.
she applied two places.
one was a tiny little college in a big city.
the other was a large university in a quaint little town.

she spent a weekend at the tiny little college.
and decided immediately it just wasn't her cup of tea.
when the acceptance letter came, it was easy to decline.

so, she landed on the large university over three hours from home.

on a terribly hot july morning, she stepped foot onto the campus.
site unseen.
for she, nor her parents, had ever been to this place.
but she knew in an instant that she was meant to be there.
it just felt right.
have you ever had that feeling?
that you are meant to be in a certain place.
that your name would be forever etched in landscape. 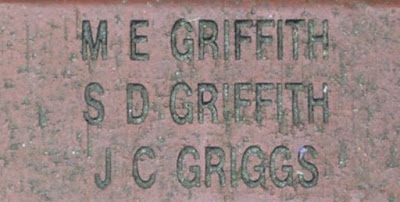 the hallowed grounds, nestled at the foot of the blue ridge mountains, would come to know her.
a creature of habit, she traveled the same path each day to her classes.
she would only learn to venture off the beaten path as she became more comfortable with her surroundings.
like most large universities, she got sucked up in the social scene.
she loved the historic bar that once was a gas station.
it was her watering hole, of sorts.

but one of her most favorites was dressing up for football games.
some people don't get that.
but those who do.
yeah, we get decked out.
the yearly hunt to add more orange and purple to her wardrobe could prove to be quite the task.
truth be told, she loved more of the tailgating than the actually game.
she's a bit of a social butterfly, you see.

her bottom warmed more barstools than church pews during those years.
it wasn't until her last year there her heart started searching for something more.
because somewhere along the way she had lost who she truly was.

she remembers it like it was yesterday.
sitting at her small table in that tiny house in pendleton.
she stared at the window.
and remembered what she had lost.
she believes the last place she saw herself was in her apartment.
her senior year of undergrad.

when she moved out on her own and said goodbye to her three roommates.
she is certain that she left herself in that back bedroom on the left.
funny how that happens.

ten years.
that's how long she stayed.
from undergraduate to graduate school.
and then to full-time employment.
for a while, she thought she would never leave.
she imagined growing old in that little town.
where orange pulsed through her veins as fast as the tigers run the hill. 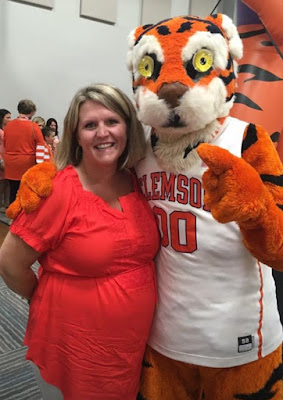 she is sure that there were people who were shining their light while she was there.
but she was too blind to see.

it wasn't until the year after she left that a man from alabama would grace the same hallowed grounds.
during his nine years there, his light has shone bright.
for all to see.
he knows the secret.
the secret to letting the light within you shine brighter than the light that is on you.
because he understand that the One within us is so much bigger than the one in the world.

monday night, she paced her kitchen.
barely watching the last two minutes of the game.
while she was pacing, she prayed.
she boldly asked for the team that would win the game to give Him all the honor and glory.
some would think that God has a whole lot more to care about than college football championships.
and they would probably be right.
because football games are just that.
games.
they tend to either bring out the best in people.
or the worst.
she has seen both.

here is the thing.
she has tried hard to verbalize this with people and she is met with either blank stares.
or looks of confusion.
or glances to see if she has six heads.
or complete and utter understanding.
the later is on the short end of those exchanges.

the fact of the matter is this man that graced the grounds of campus nine years ago.
he set out to do things differently.
his name is Dabo.
and loves Jesus.
i know not because he has told me personally.
but because of his words and actions.

Dabo Swinney was called to be a football coach.
he stepped into that calling and has created a ministry.
most people do not realize the truth he speaks.
but Dabo is honoring the Lord by following Him first and foremost.
the result is remarkable.

when you are passionate about something it is not random.
it is your calling.
and God can use any platform or hobby or interest or talent or passion to bring Himself glory.
we need only to boldly step into that which He has called us.

because Dabo has followed the calling God has placed on his life.
the Spirit has anointed his efforts.
and where Dabo falls short, God meets him in the gap with grace and mercy.

what is happening on the field at clemson is so much bigger than football.
it is so much more than final scores and running yards and passing yards.
or whatever other football terminology you care to toss around.

what is happening is a movement.
a movement towards Christ.
and every time Dabo speaks the truth in love and lifts high the name of Jesus, the kingdom advances.

she has discovered that is the very thing she was searching for all those years.
it took her moving home to find it.

while the title national champions is amazing.
it is not nearly as amazing as people coming to know Jesus.
her honest and heart-felt prayer is that the students who are walking the same paths.
or sitting on the same bar stools.
or spending more time on the social scene.
she prays that the gospel that is being shared through the testimony of one football coach will continue to spark something on that campus.
because we all know it only takes a spark to start a raging fire.
and fire can spread wildly.

may He set souls on fire for Him.
on the campus of that large university in that quaint town.
and all over the world. 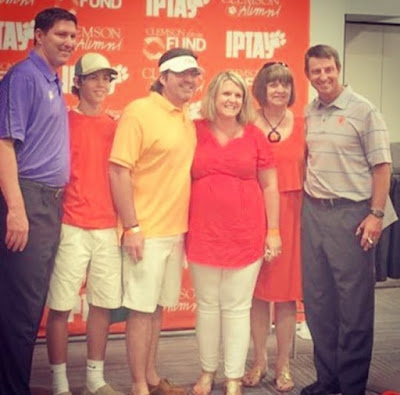