casting stones: the destruction and grace of it all...

He threw stones at her bedroom window.
She was thirteen.
He was sixteen.
With every ping, she could feel the thrill of her crush going to great lengths to get her attention.

Teenage thrill has a way of causing a good girl to question her better judgement.
A mere baby in the world of love, she wasn't quite ready to dare her heart on one she was certain would crush it.  After all, the stakes were high and odds were stacked against her.

Twelve years later, he would toss something much heavier her direction.  While it came in the form of dinner dates and Easter lilies, colored Peep yellow, and just as sweet,  he cast his heart on the line.  She was amazed at the extravagance of such a gift.  For no one had ever dared to give her the same.  Locked and shackled behind a wall of her own construction, she had long forgotten where she had hidden the key to unchain her heart.

She ran scared.
Again.
When she realized he wasn't chasing her, she stopped running.
And made the snail-paced walk back to the place that made her insides quake.
A place of sacrifice and forgiveness.  A place of vulnerability and longing.
A place of uncertainty and excitement.  A place of expectations and desire.
A place of disappointment and surprises.


Love is a strange place.
A foreign terrain that shifts with the ever-changing breeze.
It can be a lush, green garden.  Or a jungle of emotions.
It can be a hike up the highest mountain, leaving you gasping for air.  Or a tumble into the deepest valley, leaving you bewildered from the fall.
It can be the warm, sandy shore of a beautiful, rolling sea.  Or it can be driest desert.
It can be smooth sailing.  Or the rockiest of roads.

We have traveled them all.

Truth be told, we spent many years with rocks in our hands.
We cast our stones.
Hurling hurt and heartache with each toss.
Bruised and beaten, we would kiss and make up.
Only to find ourselves searching for another stone.

I was the worst.

I would haul many stones for weeks at a time.
And then sling them ; one after another.
Until one day, the path between two hearts was paved with nothing but stone.

My prayers were peppered with all the ways our marriage could be better.
The One who heard my cries knelt down and doodled in the sand of my heart.
With each doodle, I felt the stones fall.
One by one, rolling out of reach.
Until all that was left was me.
And Love.

God has a way of tilling even the hardest of soils.

The way-cool teenager who tossed pebbles at my bedroom window still throws rocks my way.
However, these rocks are cast with purpose and grace.
Each one is heavy and leaves an impression of something that resembles Love.
Peace.
Patience.
Kindness.
Goodness
Gentleness.
Kindness.
Faithfulness.
And Self-Control.

Even on the hardest of days and darkest of nights, I try to sling the same his direction.
Often times, I come up short.
But, God, in His infinite grace, makes up the distance between our two hearts.
Only He could repave the path with bronze.

Two hearts like bronze, a mixture of copper and tin.
That is what we are.
Melted together in a marriage.
And though it has tried, nothing this world offers can separate the two.
These days, her heart is hidden behind a bronze wall of His design.


Lucky for her, she found his heart there too. 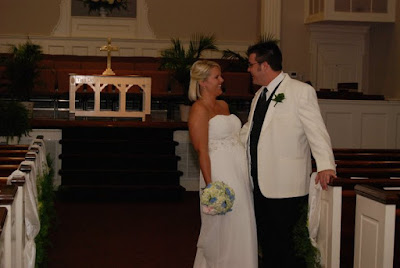 I will make you as strong as a wall to these people,a fortified wall of bronze.
They will attack you,
but they will not be able to overcome you.
For I will be with you to rescue you and deliver you,”
says the Lord.
Jeremiah 15:20 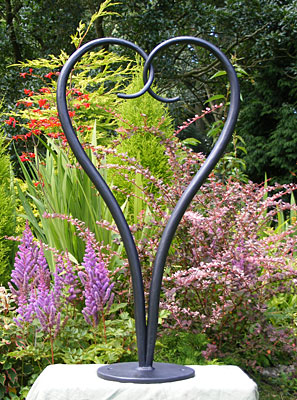