{gifts of the season} on how my heart discovered how Mary must have felt...

On Sunday, the Worship Choir and CRASH Live {our youth's drama team} performed a beautiful portrayal of 'Mary, Did You Know?'

The presence of the Holy Spirit was with me on Sunday morning as I gently unwrapped my first gift of the season, slowly peeling back each layer until all its Glory was revealed.

Imagine with me for a moment, won't you?

A young girl, barely a teenager, with dreams and aspirations.  On the verge of marrying the man of her dreams.  Hopes and plans glimmer on the horizon.

Do you know a girl who is barely a teenager?  I do.  Several actually.  One is my niece.

On an unsuspecting day, a day like any other, an angel appears and tells the young girl that because she has found favor with the Lord, she will bear a child.  The child of God.

Now I can only speak for myself here, but there have been times in my past where I heard that a teenage girl was pregnant.  And as shocking as it may be, I passed judgment.  What about you?  Ever done the same?  I'll suggest to you that Mary probably faced the judgment of others, too.

It is Mary's very response that causes me to be consumed with chills.  And awe.

Let's shift our focus for a moment to Joseph.  The man engaged to Mary.  The man who plans to father her children.  The man, with great anticipation, anxiously awaiting their wedding night.  Imagine his shock and disappointment to discover she was pregnant before their wedding.  Perhaps he had doubts and disbeliefs.  We know that he planned to break off the engagement, while still protecting Mary's innonence.
﻿
How many men do you think would have publicly shunned a woman pregnant by another man?  How many men would have bravely chosen the way of Joseph and whole-heartedly trusted the story God was writing for their lives?

After receiving a message from an angel, Joseph did not hesitate a second longer.  He married Mary.  And then a curve ball was thrown their way.  They had to travel to Joseph's hometown for an ordered census.

Any of you reading ever travel long distances very pregnant?  There are reasons why doctors advise against it.  Now imagine, traveling on the back of a donkey.  Not my idea of good travel arrangements.

While in Bethlehem, Mary could feel the time was drawing near.  She labored.  She agonized.  She gritted her teeth.  She twisted in discomforted.  She painstakingly birthed a baby boy.  In a lowly, filthy, less-than-ideal barn type structure.  On the cold, hard ground.  With nothing but ragged cloth to wrap up her precious bundle of ooey-gooey, yumminess.

I've spent a lot of time reflecting on this.  I put a lot time and energy into packing my bag for the hospital in anticipation of Harper's arrival.  She had just the right gown to wear.  With a matching bow, of course.  And no doubt, I arrived with hair and makeup in place.

Yet, Mary.  Mother of my Savior.  Gave birth in the filth.  And still rejoiced over the beauty of becoming a mother.

But, while Mary may have experienced these emotions, she also pondered many other things in her heart.  A place she hid the treasure of knowing her son, the Son of God, had come to save the world.  To save all people from themselves.  To save her.

Motherhood is a lifelong laboring process.  The pain doesn't end with a cuddly, cooing baby.  Mothers spend their entire lives laboring over the children they love so dear.  Imagine all the laboring and pain Mary endured as the very mother of our Savior?  Thirty-three years of so much joy and pain, all mixed together.  He was rejected and scorned. Beaten and ridiculed.  Bullied and cursed.  Mocked and stoned.  And eventually murdered.  A mother's heart tends to break when her baby endures such suffering.  I venture to say Mary was heartbroken, too.  But she trusted God more than her pain.

This story.  A true story.  A story told by many this time of year.  It is a factual account of the birth of my Jesus.  The baby who was sent to save me.  The baby who was raised by sinful parents.  Parents just like me and my husband.  Parents who make mistakes while still pointing our children to the Cross.  And yet, Mary and Joseph, in all their messiness and imperfections, raised the very One who would die on the Cross.  For them.  For us.

This story.  The very one that I have heard since I was a little girl.  It sits new with me this year.  I don't know why.  I can't begin to understand why I am seeing it with eyes wide open.  I am still sorting through the emotions of it all.  But I know this.  I will never be the same after this past Sunday.  My heart will always remember the story of the birth of Jesus through the sharp lens of a mother.  A mother who trusted God's plan more than her own.

Have you discovered something fresh and new this Christmas season?  In a way like never before?  I'd be so honored for you to share with me. 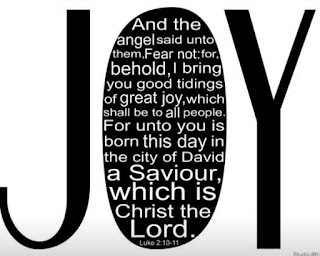