in which i neglected to give her grace...

as sure as the rain pounded on the roof, i knew in my heart what the morning would hold.  i stayed in the steamy shower just a little longer to avoid what would likely unfold as soon as i stepped out of the bathroom.

this week, reality set in.

it was back to work, as normal.

wednesday night, i felt the dread creeping in.  and then the rain started.  the weather was the perfect accessory to the state of my heart.

but mamas are pretty good at putting on a brave face and not displaying our inner emotions.  at least sometimes, right?

what i wasn't prepared for was the whiney mess of a bed-head that woke up.  she melted into a puddle over everything.  no amount of coaxing {or bribing!} seemed to soothe her crumbling heart.

and to make matters even worse, we were running late.  of course.

as usual, i had not provided enough buffer time into my schedule.

i barked orders.  and counted.  and tried singing 'jesus loves me'. although, clenched teeth and wringing hands don't really fit well with such a song.

i cried.  i prayed.  i begged forgiveness for my lack of patience.

and ever so gently, i heard His quiet voice.

well, He just had to bring that up.  didn't He?

but I didn't want to give her grace.  i wanted her to wake up and get ready like usual.

and in the stillness at the stoplight, i heard this.

'her meltdowns are only a outward portrayal of the state of your heart.'

i had failed her.  again.

but what happened next was different from times past.

i gave myself grace.  i did not dwell in the darkness of my guilt.  instead, i left it at the foot of the Cross.

giving grace is going to look different in each situation we encounter this year.  this week, as the reality of work and school came rolling in, our hearts were heavy with sadness.  we longed for the mornings spent in jammies with milk and coffee.  we missed the coziness of being wrapped up on the couch watching cartoons.  where time seemed to stand still, if just for a moment.

but instead of burying her emotions and putting on a brave face, my girl had the courage to show how she really felt.

she needed a hug from her mama.  words of affirmation and encouragement.  not barked orders and frustrated sighs.

exactly what i found when i came spent to the foot of my Father.


and from his fullness we have all received, grace upon grace.
john 1:16
those are the words that calmed my heart and quieted my soul on that rainy Thursday morning.
grace upon grace.
an abundance of Him. 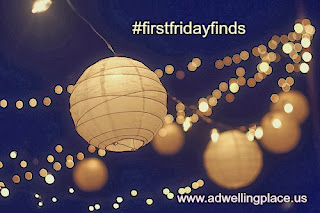 join us over at mywordsandwonder.com, where grace words pour forth like honey.  i'm linking up with my sweet sister for #firstfridayfinds.  we'd love to hear how He is speaking to you each week.
﻿
Email ThisBlogThis!Share to TwitterShare to FacebookShare to Pinterest