how the cross changed everything...

i find me stilling my heart in the midst of this holy week.  a week that marks Jesus' last days on earth.  a week that changed everything for those that follow Him.

my heart is pondering as i reflect on the events that led up to my Savior's death and resurrection.  questions stir deep in my soul as i devour the Truth of the days that mark my freedom in Christ.


i imagine i would have scoffed over mary using such expensive perfume to anoint Jesus. but less than a week later, would i have understood that her act of worship was a beautiful preparation for His burial?

i imagine i would have been part of the crowd that lined the streets of Jerusalem shouting 'Hosanna!' as Jesus made His entrance on a donkey.   but would that same voice that welcomed Him be one of the many that yelled 'crucify Him!' days later?

i imagine i would have drifted off to sleep in the darkness of the garden, even after He had asked me to keep watch and pray. but would i have understood what He was really asking?

i imagine i would have been terrified when the crowds swarmed us in the garden and arrested Him. but would i have scattered, leaving Him alone?


i imagine i would have been adamant, much like peter, and declared that i would never deny Him. but would i have run away and wept bitterly when i heard the rooster crow?

when i gaze long at the Cross, i see the bloodied mess of all my sin that nailed Him there in my place.
for mine alone was enough to send Him to the Cross.
the impact of that settles in my heart and thanksgiving courses hot through my veins.

the rain is falling and the wind is whipping.  the temperature has dropped just enough to send shivers up my spine.  i shutter, as the goosebumps stand at attention.

i hit my knees under the weight of such extravagant grace.
grace that asked for the cup to be taken from Him.
yet grace that was willing to follow the Father.
grace that bled and suffered and gasped for breath.
until He finally declared it finished.

i dash in the store for just a few household items.
visions of candy and bunnies and eggs blind me.
people scurrying to fill baskets with sugar and plastic grass.
prayers quiver on my lips as a wave of urgency washes over me.
because who really gives a hoot about such when your heart is mesmerized by the Cross?

the more i set my eyes on the Cross, the less i worry about who i am.
instead, i am becoming more secure in Whose i am.

i find myself moving away from the obvious answers and digging deep into what His Truth declares.
sure, i may have been just like peter or judas.  i may very well have been the voice in the crowd that loved Him one minute and delivered His death sentence the next.


i choose the Cross.
for in the shadow of the Cross, i am free to dance in grace. to live in faith.  and walk in love.

yes, the Cross changes everything.
and i am finding more of myself changed because of it.
from the television and movies i watch to my topics of conversation.
the transforming power of His abounding grace is changing me from the inside out.

i am not who i once was.
and i owe it all to the Cross. 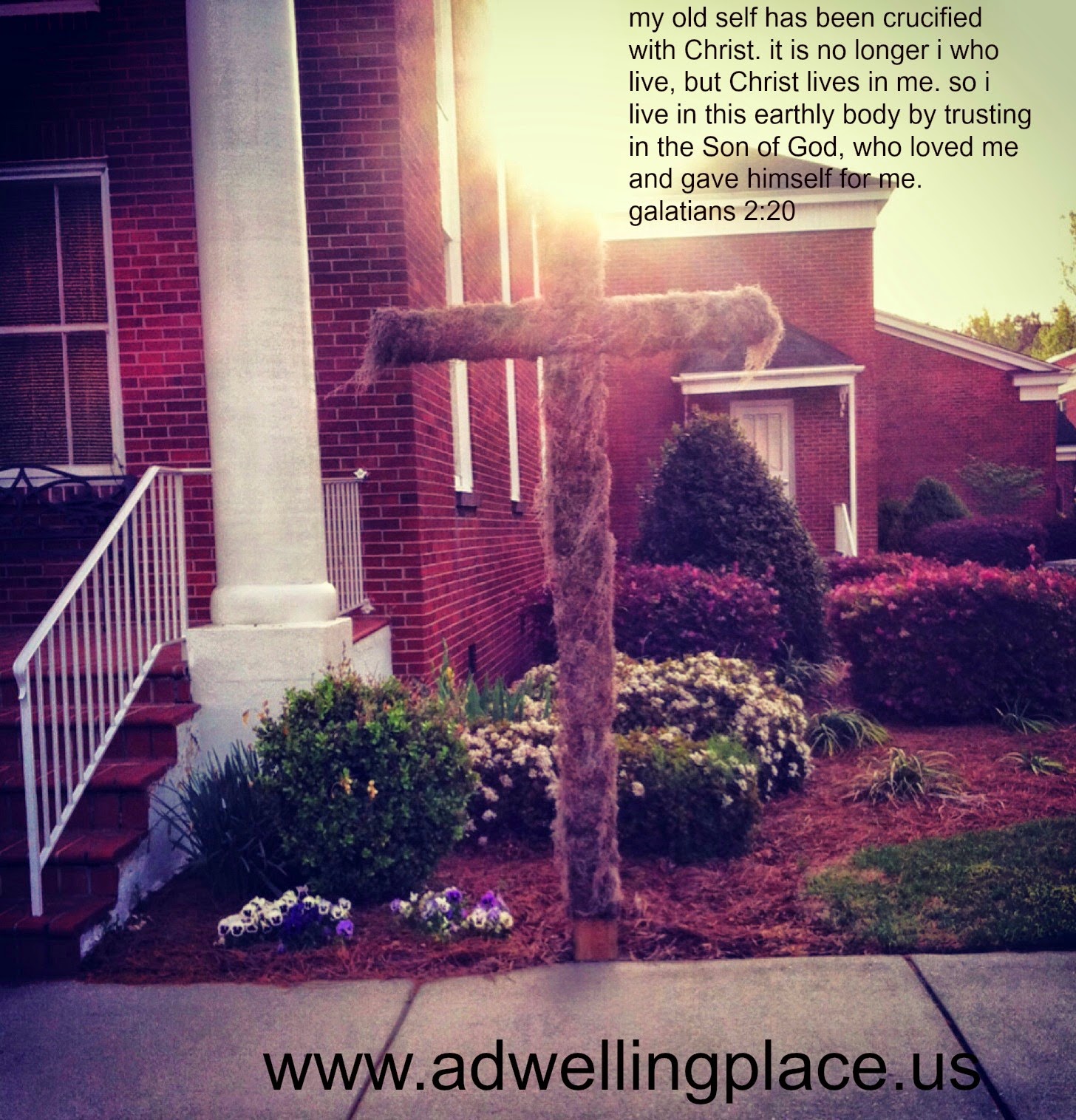 how does Jesus' death on the Cross transform the day to day details of your life?